Home ›The Artists ›Will Henry Stevens 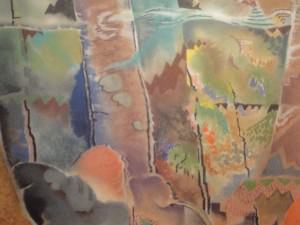 Will Henry Stevens was born in Vevay, Indiana near the Ohio River. After his father recognized and indulged Sevens’ passion for art, the young artist studied at the Cincinnati Art Academy as well as the Art students League in New York. Later Stevens studied under Jonas Lie and Dearing Perrine in New York. The artist eventually moved to New Orleans where he took on a job at the Sophie Newcomb College of Art, now Tulane University. He remained at this position until his retirement in 1948 at which point he moved back to his birthplace of Vevay, Indiana.

Will Henry Stevens was an abstract artist with a passion for nature and considered part of the second generation of American modernists. While working towards new ideas in abstract art, Stevens also kept to his deeply rooted love of nature, painting more realistic landscapes alongside his abstracts. The artist worked in these two styles throughout his career. During the summers, Stevens painted in the mountains of Western North Carolina and Eastern Tennessee.