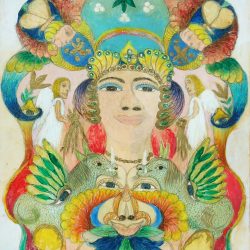 Minnie Evans was born in a log cabin in Pender County, North Carolina. She attended school until economic necessity forced her to take a job after 6th grade. Having little education or opportunity, Evans grew up without any form of study in fine arts. She felt a calling to draw only late in life, yet Evans’ work echoes characteristics of the art of India, Tibet, Africa, as well as many other cultures.

Dreams and visions filled with divine biblical inspiration lead Evans to the intricate and brightly colored works that have made her such a renown Outsider Artist. In her late 40’s Minnie Evans answered heaven’s call to create these visionary works. Evans began drawing at Airlie Gardens while working as a gatekeeper. Her work developed quickly as she became more involved in her dreams and visions. Through the visions of Minnie Evans, a world of increasingly complex floral patterns, vivid color, and often near perfect symmetry evolved into a spiritual journey.

Upon her first attempts at answering her spiritual call she used mediums such as ink and graphite. As time and her work progressed, she incorporated crayon and eventually, oils and even collage into her ever-developing work. She is now considered to be one of the most important American visionary artists of the 20th century. She has been written about extensively. Her works have been collected and shown by numerous museums, including the New York Museum of Modern Art, The North Carolina Museum of Art, the Hickory Museum of Art and many galleries along the East Coast. 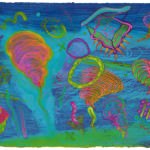 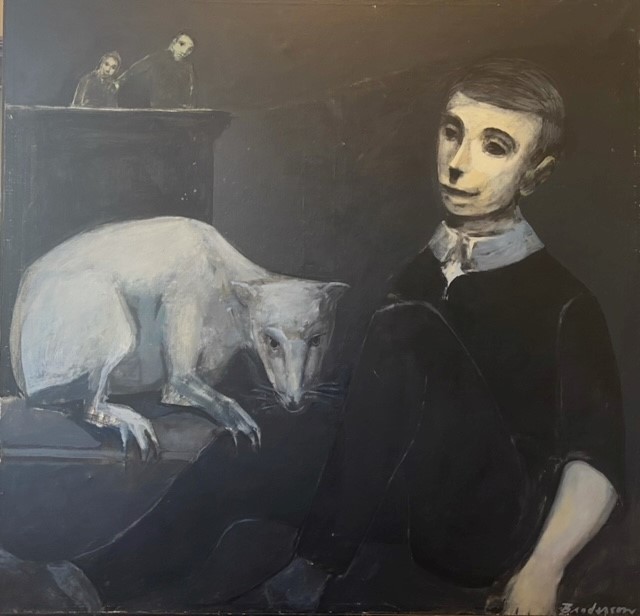 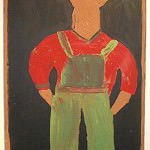