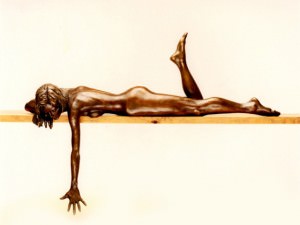 Creating busts and life-size sculptures in bronze and terra cotta (fired clay), Michiel Van der Sommen represents the human figure in motion and in solitude. His art work has been commissioned by people and organizations throughout the United States, Europe and Canada, including the sculpt ure Elvis at 13 at Elvis Presley Birthplace, in Tupelo, Mississippi. Van der Sommen was also commissioned by Montross, Virginia to sculpt the first Vietnam veterans memorial in the United States. His portrait sculptures are uniquely personal.

After early studies in Europe, Van der Sommen attended the Art Students League in New York and the Scottsdale Art School in Arizona. He refined his techniques working with sculptors in the Renaissance styles in Italy. He has taught students at both the secondary and university levels, including eleven years as Chairman of the Department of Art at Chatham Hall. Van der Sommen now conducts several sculpture workshops each year in the North Carolina and Virginia area. 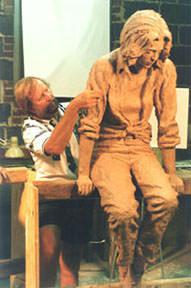 Dr. Cavenaugh started the first radiation therapy department at Rex Hospital in Raleigh, NC. The hospital turned to Gallery C when searching for a fitting tribute to the doctor when he passed away in 1998. Michiel was the perfect artist for such a commission, and this life size bronze sculpture of Dr. Cavenaugh was unveiled in June, 1999.