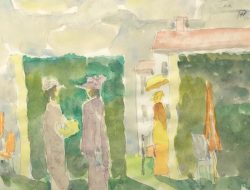 Hobson Pittman was born in Epworth, North Carolina in 1899. He began sketching and painting at the early age of 10 and was enrolled at the Rouse Art School after his family relocated to Tarboro in 1906. Pittman studied at Pennsylvania State College (now Pennsylvania State University) from 1921-1922, Carnegie Institute of Technology in Pittsburgh from 1925-1926, and Columbia University from 1926-1928. His summers were spent at Woodstock, the artists’ colony in New York, studying with Albert Heckman, Yasuo Kuniyoshi, Eugenie Gershoy and John B. Flannagan.

Hobson Pittman is renowned for his interiors, still-lives and dream-like landscapes full of ethereal figures, all painted in oils and watercolors. His work has been displayed in museums and galleries throughout the country but the artist is most strongly associated with Pennsylvania and North Carolina. In the 1960’s the North Carolina Museum of Art held a retrospective of Hobson Pittman’s paintings. Today his work is displayed in the Metropolitan Museum of Art, the Whitney Museum of American, Philadelphia Museum of Art and the Butler Institute of American Art. 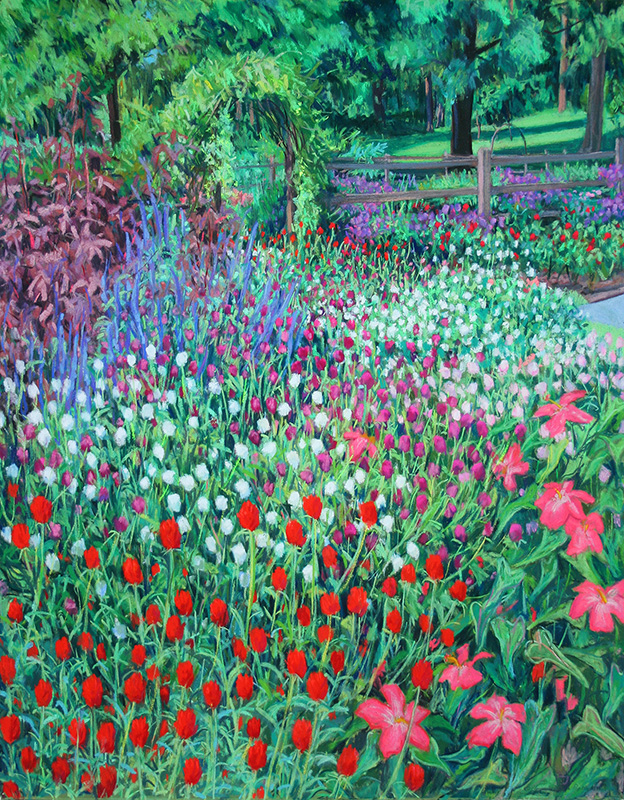