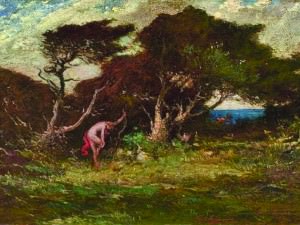 Elliott Daingerfield was born in Harper’s Ferry, Virginia and grew up in Fayetteville, North Carolina. The son of a Confederate Captain, Elliott showed great interest and ability in art at a young age and by 21 had moved to Brooklyn, New York to pursue a career in the arts. Daingerfield studied with George Inness Sr. and Walter Satterlee at the Art Students League. The tonalism of these artists proved to be a strong influence in the young artist’s work. The hazy edges and misty atmosphere in tonalist works served Daingerfield’s purposes well for evoking specific moods.

Elliott Daingerfield was taken sick with diphtheria in 1886 and returned south for the summer to recuperate in the North Carolina Mountains. The artist fell in love with the small town of Blowing Rock and proceeded to summer there throughout the rest of his life. He maintained a series of studios that took advantage of the mountain vistas that he found so inspiring. Daingerfield lived the rest of each year in New York City and traveled extensively, spending time in California and at the Grand Canyon where he did some of his most recognizable works. Daingerfield also traveled to Europe in both 1897 and 1924. While many of his works were impressionist style landscapes, Elliott Daingerfield’s wife and daughters were also a major influence in his works and are models in numerous outdoor scenes. The artist had a strong interest in religious art and saw a strong links between nature and spirituality. Female figures in his paintings often are representative of higher ideals set against the purity of nature. 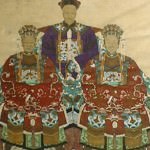 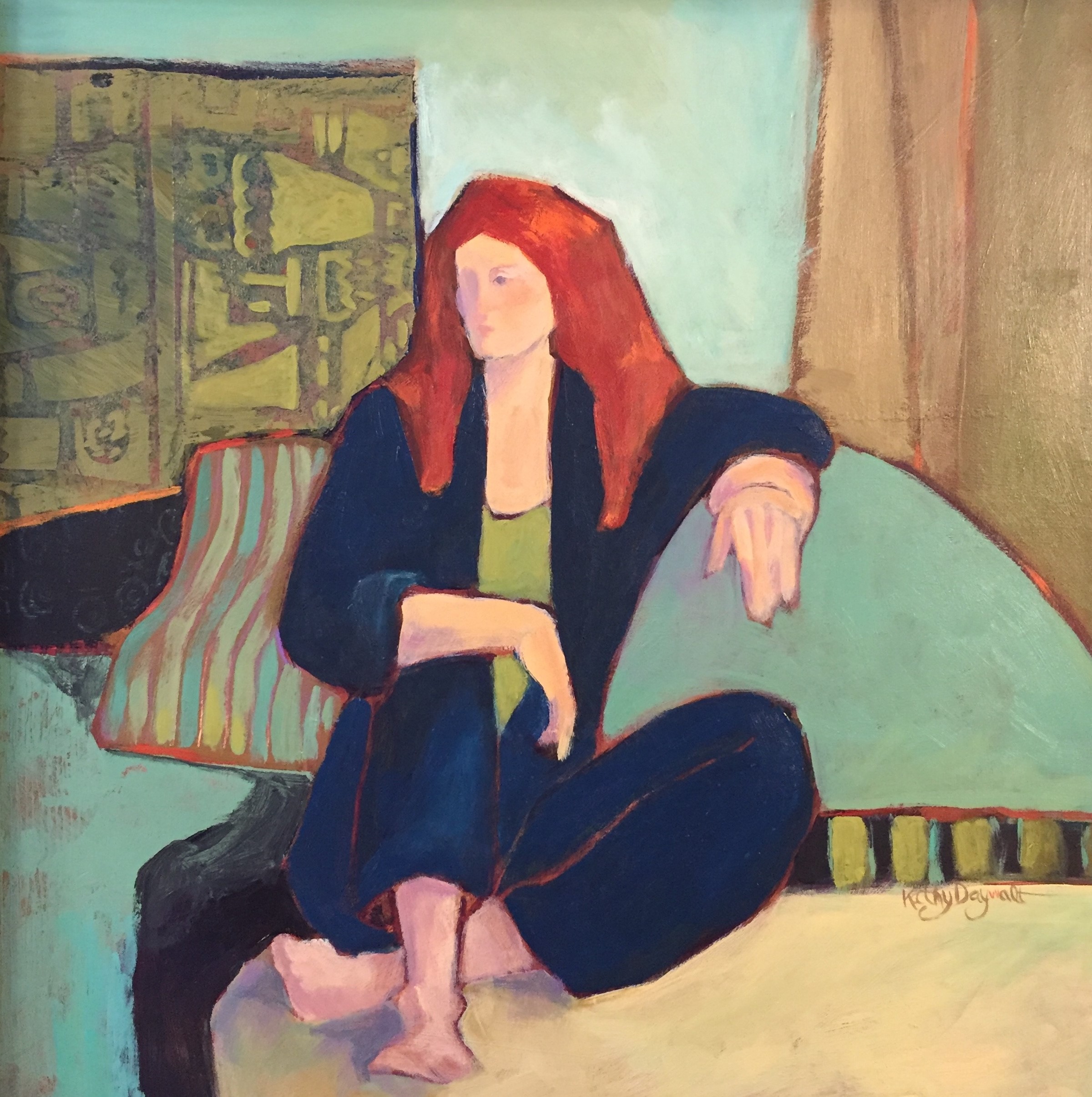